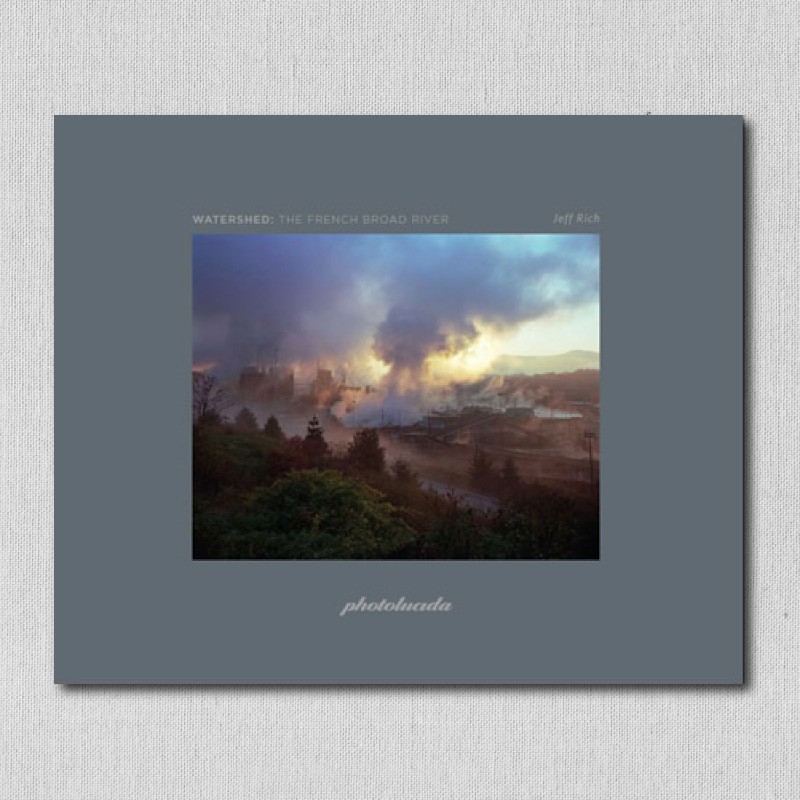 Because they help us cross over a river without seeing it, the soaring railroad trestles and highway bridges in Watershed act as symbols of our tendency to blank out natural phenomena. We need to transcend the idea that rivers are barriers, potentially destructive competitors that get in our way. In some of (Jeff Rich’s) images, for example, it is easy to see the damage a flooded river would do or has done: sometimes nature wins and knocks down our bridges and tears up our pipes, dams and electric poles. That gets our attention. But most of the time, unless we need the rivers for recreation, factory cooling or an open sewer, or we live on the bank, we ignore them.

Jeff Rich has included a few people in his images. They seem to be sympathetic and knowing about the river and its use, abuse and preservation. Some are playing out the notion of recreation, with its underpinnings in our almost religious need for pristine wilderness, as in Eden. We seek a place where we can be re-created, on a planet that we have now overrun. We grasp at notions of Frontier and Wilderness.

We can and should lament the nearly permanent damage we have done to rivers and watersheds. We need to face, that in fact, we all own the rivers and are responsible for them. The flow of their time manifests lengthy trajectories that make a human life seem like the simple punctuation that it is. Unfortunately, we simple punctuations find taking responsibility difficult.