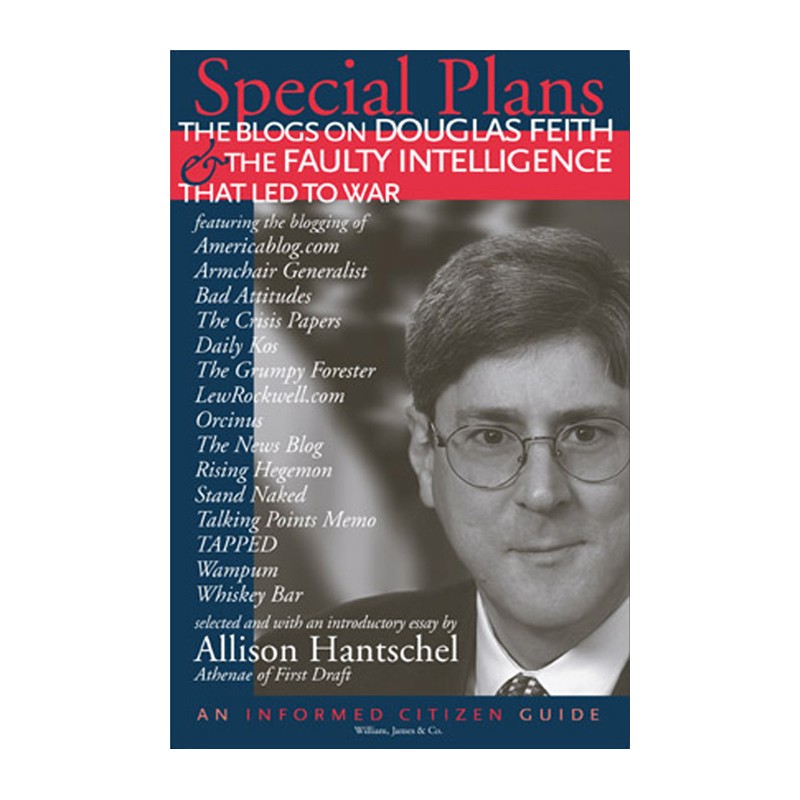 Special Plans: The Blogs on Douglas Feith & the Faulty Intelligence That Led to War

Here’s a story of espionage, think tanks, power brokers, a drunk nameed "Curveball," and Douglas Feith, the Undersecretary of Defense for Policy whose Office of Special Plans oversaw the enormous manipulations and failures of intelligence that led to the U.S. war and occupation in Iraq.

This is another entry into The Informed Citizen Series, which covers American issues with a voice that does not come from elected officials, the television and radio news networks, or the major print media. In this book, Allison Hantschel (Athenae of First-Draft.com) pulls together blog entries from some of the Internet's most relied-upon bloggers, including Jerome Doolittle, Josh Marshall, Matthew Yglesias, John Aravosis, and many others to fill in necessary details to a key part of the story of how and why the U.S. is in Iraq.